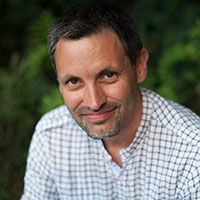 I began photography very young with film, the digital revolution was not a problem for me because I knew that at some point, it would surpass film quality. I shoot mainly cityscapes, landscapes and people. Living between 3 countries, France, China and the Netherlands gave me the opportunity to learn from different cultures and maybe has an influence on my photography style. My photos and videos have been used worldwide in magazines, for adversiting, book covers, corporate publications and movies 1. I hope you will appreciate my photos and thanks again for visiting my website.